Keeping your worms cool in summer

So many people contact me because their worms die in summer. However there are simple tips help them survive heatwaves that are effortless. 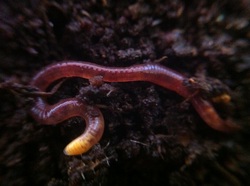 It is natural instinct for worms, like all living creatures, to protect themselves from weather extremes.

When it is hot, worms head deep underground where it is cooler.  Likewise, when rain is due, worms will gather up in the lid so they don't drown.


If your liquid tray is full, your worms will drown when trying to head 'underground'. Here are a few tips to help your worms through a heatwave.

Keeping the tap open and the liquid tray empty is the best safeguard to stop worms drowning when instinct tells them to dig deep into the ground.

Keep a small bucket under the tap and simply flick the tap backwards to keep it permanently open.

In hot weather, and periodically throughout the year, lift the trays off and scoop up any worms that have gathered in the liquid tray.

Place them back into the top tray.

While you are checking the liquid tray, check the tap and make sure it is still free flowing. 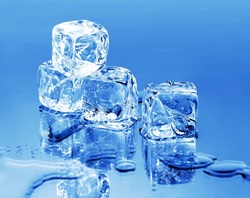 Placing some ice blocks in the corner of your top tray acts as a cooling system as heat rises and cool air sinks - down through the worm farm.

By placing in one corner, the worms can regulate their own temperature by moving closer or further away.

If you don't have ice handy, some frozen veggies will do the trick. 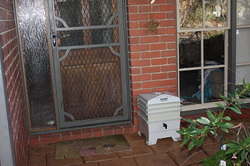 Many pergolas and carports can become extremely hot. Make sure your worm farm is in a well ventilated spot, in full shade, in the coolest part of the house - usually the south side if you have wide enough eves and a cool position.

Under laserlight usually becomes like an oven, so not a good idea to leave them there! Remember bricks and solid surfaces hold heat over night, so moving them around at night can give them a chance to cool down.

If everywhere around your house is hot, bring them inside during heatwaves.

Tip #5 Get the air in there 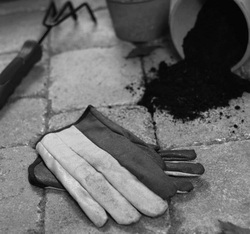 Don your garden gloves or even some rubber gloves and 'fluff' up the layers of castings to increase the surface area, which increases airflow and cooling ability of the farm.

The air flow and reduced compaction will also make it easier for the worms to move up and down within the trays to regulate their temperature.